Apart from collecting and processing secret information, governments and policy makers expect from intelligence organizations around the world to conduct covert activities. In the language of Soviet or Russian intelligence this is called “active measures”. In 1987, The US State Department described active measures as: “covert or deceptive operations conducted in support of Soviet foreign policy, distinct both from espionage and counterintelligence and from traditional diplomatic and informational activities”. However, this definition reveals a Western uncertainty about the nature of these activities, since the Soviet Union and its satellite states possessed at wide range of tools to project their propaganda; the intelligence organizations were just part of a larger machinery. To date, not even intelligence researchers have been able to chart the borders between white, grey, and black propaganda during the Cold War. Hence, after the End of the Cold War, knowledge, presumption and speculation became even more entwined.

The Need to Know VII conference seeks to shed new light on this particular fi eld: deception, disinformation, forgery, media manipulation, and clandestine fi nancial support for overt activities of “front organizations”. Examples of such operations could vary from support from Polish military intelligence to interwar “Promethean movement”, through broadcast of Radio Free Europe/Radio Liberty or “book program” sponsored by the CIA, to proper “active measures” orchestrated by First Main Departments of the KGB in cooperation with Hungarian, Polish and Czechoslovak services e.g. in the case of preparation to the Second Vatican Council. Suggested papers can deal with projects, organizations, groups and individual cases that represent general issues described above.

The conference will address the following questions:

The organizers would like to especially encourage papers based on primary sources. As the conference this year takes place at the Antall József Knowledge Centre of Political and Social Sciences in Budapest (Hungary), papers that focus or touch upon the Central-European issues are especially encouraged, in particular those related to the four countries of the Visegrad Group (Poland, Czech Republic, Slovakia and Hungary).

The language of the conference is English.

The conference is organized by the Institute of National Remembrance – Commission for the Prosecution of Crimes against the Polish Nation (Warsaw, Poland), the Antall József Knowledge Centre of Political and Social Sciences (Budapest, Hungary), Hungarian Committee of National Remembrance (Budapest, Hungary), the Center for Cold War Studies of the University of Southern Denmark (Odense, Denmark).

Presenters’ accommodation cost and meals will be covered by the conference organizers. Due to budgetary limitations, the organizers can only cover a part of travel expenses upon special request, (please use the attached form).

The deadline for paper proposals is May 30, 2017(please use the attached form). The submission should include: an abstract of the paper of 500–700 words in English and a biographic note listing major professional accomplishments (250 words, in English). The Conference Program Committee will notify selected speakers by the end of June 2017.

The “Need to Know” conferences were founded in 2011 and take place annually. As the focus of the conferences is on foreign intelligence, the invited scholars usually specialize in intelligence studies or belong to a group of former practitioners. The conference organizers hope to foster an interdisciplinary discussion on historical as well as current issues related to intelligence studies, as well as to address methodological challenges within the fi eld. Intelligence studies have benefi tted greatly from the opening of archives in Central Europe and it is the results of this research in particular which have been presented at the “Need to Know” conferences. This conference series has already become a prominent meeting place for scholars from Europe, North America, Russia, and the Middle East. 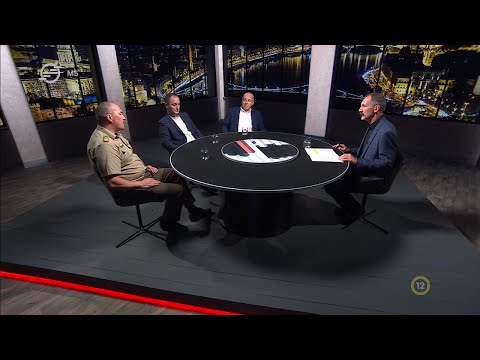